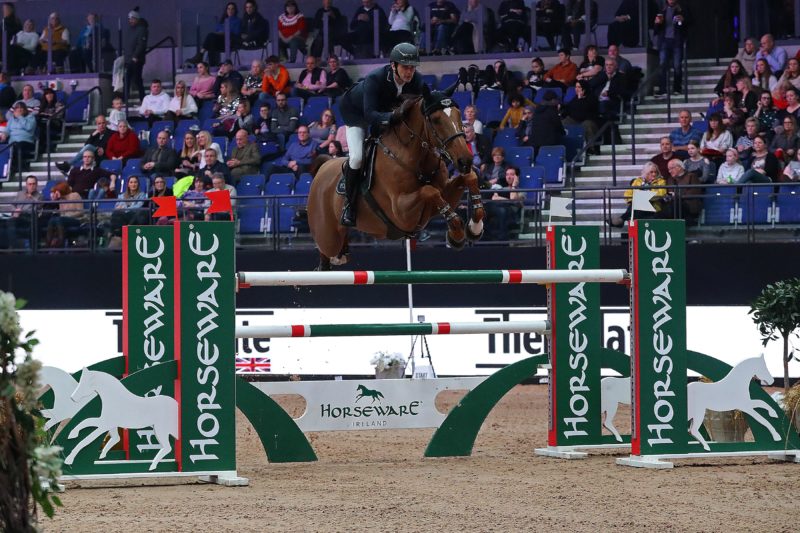 Billy, one of the most consistent Irish riders of his generation, followed Liverpool grand prix wins with Diaghilev in 2015 and 2016 by scooping a £26,000 top prize.

Course designer Alan Wade’s brilliant track tested every combination in a 31-strong field, with just six making it through to the jump-off.

And Billy showcased all his experience to preserve an amazing record of every Liverpool grand prix either being won by himself or fellow Irishman Shane Breen.

“My horse jumped fantastic. He has been close to doing something in the last couple of shows, and finally it has paid off for me and him here.

“I am delighted for the owner and everyone involved with the horse. A win always helps everything.

“He is an extremely talented horse. He has won a CSIO five-star grand prix in Falsterbo, so he is winning at every level, which is good.

“In the jump-off, I tried to put it up to the rest of the riders. Sometimes, when you go early, you don’t really know, but thankfully I held on to clinch the win.”

It was also a memorable night for Jack, son of British Olympian Michael Whitaker, who collected almost £16,000 for his efforts.

Praising his horse, Jack said: “The feeling he gives when he is jumping is unbelievable. When he can get everything together like he did tonight, he doesn’t touch a fence.

“It’s a massive end to the year. The last few months, we have been a bit unlucky with one fence down here and one fence there, but he has come good tonight.”