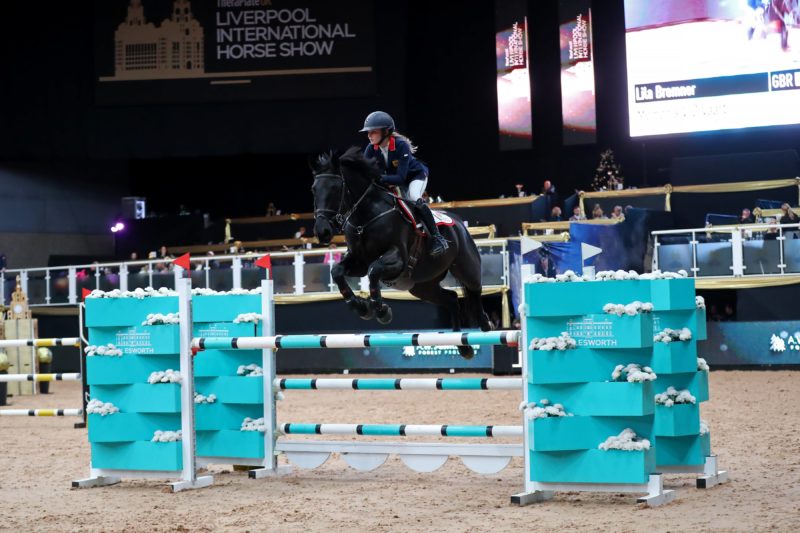 Lila helped Great Britain’s pony team win a silver medal at the European Championships in Poland earlier this year, and she has made an impressive start to her career on horses.

And that was emphatically underlined by her performance in the AW Jenkinson Forest Products 1.25m jump-off class at M&S Bank Arena.

Riding Memphis V/D Vaart, Lila, who is the daughter of star impressionist Rory Bremner, triumphed after a jump-off that saw five combinations progress from round one.

And a time of 31.77 seconds proved enough to beat closest rival Eleanor Hall Mcateer, with Crisanta, while Elsi Jacques filled third and fourth spots on Morginti and Da Vinci, respectively.

Reflecting on her triumph, a delighted Lila said: “He has jumped clear all week here, so it has been really good,

“The plan in the jump-off was to go for it, really. I had a good draw, and it paid off. It was quite a good jump-off for me because he has got a big stride.

“I got the horse in February. He’s only seven, so this year I have just been getting used to him, and to win here is exciting.

“I was second here last year in one of the pony classes, but to get a win, I never expected it.”