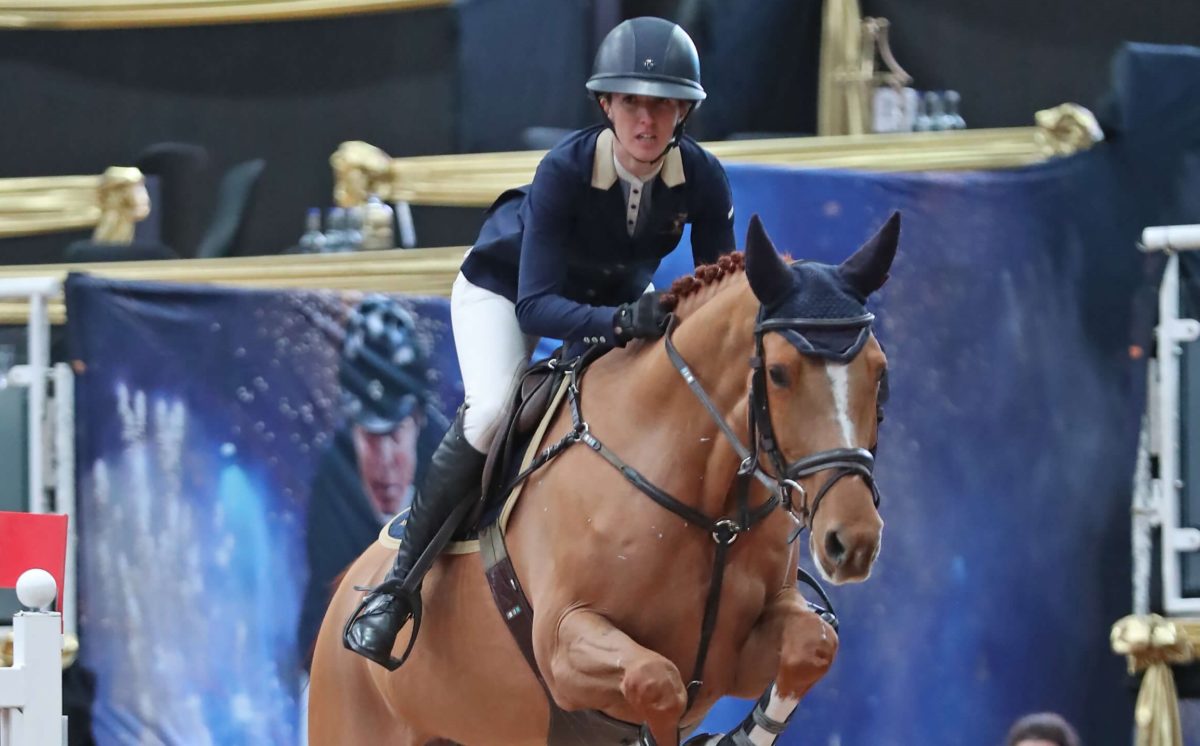 The two-phase competition, which included a jump-off element for those clear after the first stage, reached a gripping conclusion at the M&S Bank Arena.

And it looked as though that might be enough, but Harriet and Night of Glory O.L. had other ideas.

Entering the arena with a late draw, they timed their run to perfection, posting 27.63 seconds to claim top spot.

“Wow. A win is a great start to the show,” Harriet said.

“I really enjoy Liverpool. It’s a fun show with plenty of speed classes as well as the major classes, and the atmosphere is always electric.

“Night of Glory O.L. is a relatively new ride, and is owned by Old Lodge who are also a sponsor, so it’s a win all-round.

“She is really quick against the clock and competing at 1.45m level. and is a great addition to the team.  She is a real trier and just a winner.”