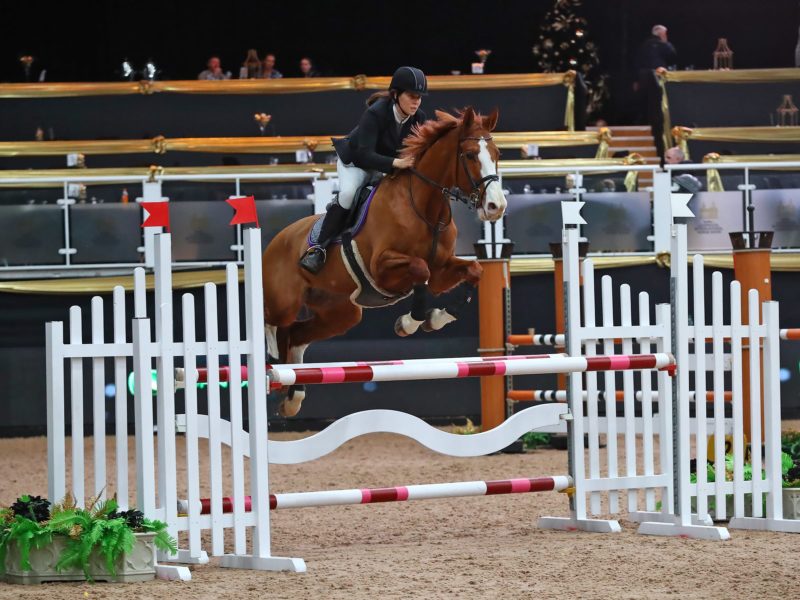 Melissa Garry led an exciting race to the line to open day three of the TheraPlate UK Liverpool International Horse Show with a stylish victory.

Melissa, from Westerham in Kent, guided Hotesse home in a time of 48.38 seconds, edging out runners-up Tracy Holder and Crispina Z by just 29 hundredths of a second.

Ireland’s Carol Gee was the early leader, but she had to settle for third on Fernhill Clooney, with Eleanor Hall Mcateer taking fourth aboard Crisanta.

Morning action at the M&S Bank Arena then continued with the Clipmyhorse.TV amateur 1.15m speed competition.

And it witnessed a dominant display by Elah Conway and 11-year-old mare Acapella as they made the most of a late draw to take the class with time to spare.

And in doing so, the Barnet rider thwarted Cheshire-based Grace Wallace’s bid for a second victory in 24 hours.

Their time of 56.02 seconds proved well clear of the field, with Grace, who won Sunday’s 1.25m amateur competition, taking second aboard Ecarentina.