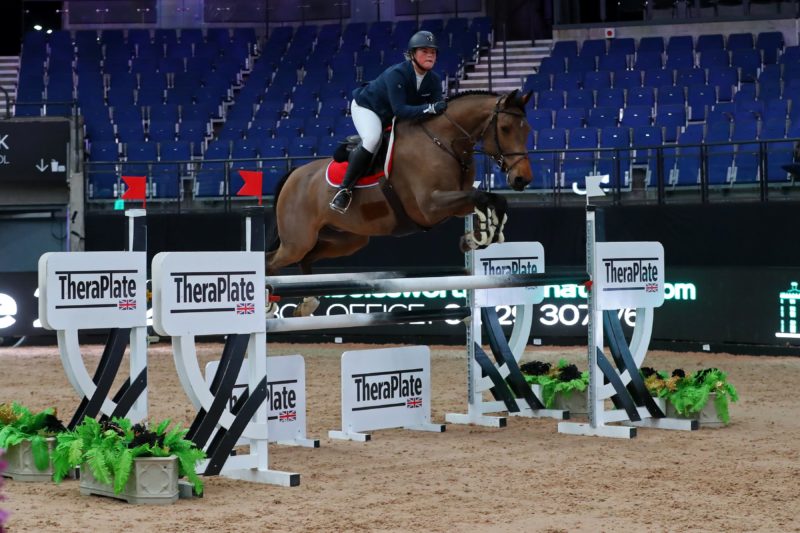 Manchester-based Angel won two classes at the inaugural Liverpool show in 2015, and she has continued her impressive progression ever since.

So much so, that she was part of the gold medal-winning Great Britain children on horses team at the 2017 European Championships in Slovakia, riding her latest Liverpool champion Callumbus.

And Angel had to really work for victory, with 15 combinations from 23 starters making the jump-off and ensuring a fast and furious battle for top spot.

Reflecting on her Liverpool success story, Angel said: “The first year, I won two classes here on a pony owned by my grandad, and apart from last year, I have won a class at Liverpool every year.

“It is my last year at under-16 level. We won a gold medal in 2017, and he (Callumbus) has won pretty much everything, really.

“He always pulls it out of the bag. You can spin him on the spot, and he just loves it.

“I love this show. It is one of my favourites, and if I could go to any show, it would be this one.”