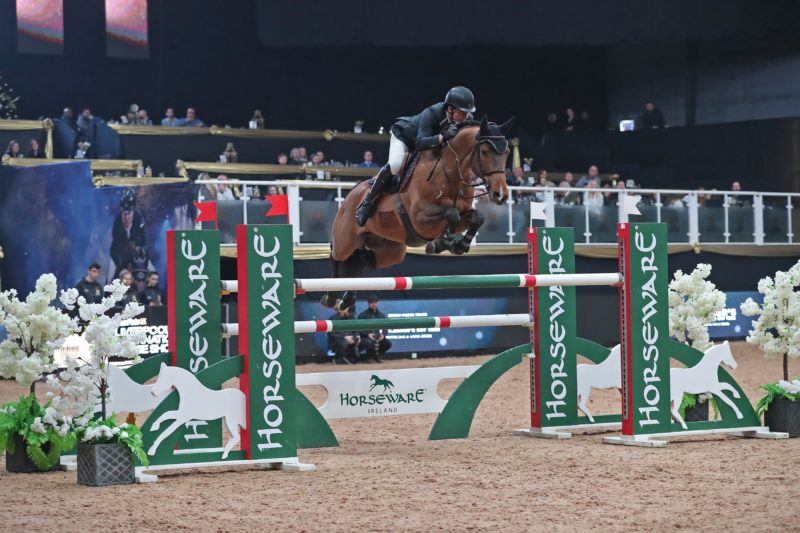 Liverpool fan Guy Williams had plenty of cause for celebration after claiming an impressive victory on the opening day of the TheraPlate UK Liverpool International Horse Show.

Their clear round in 54.81 seconds set a blistering pace that no-one threatened – apart from Lily Attwood, who is a rider that Guy trains.

“He (Rouge de Ravel) has won probably 20 ranking classes this year, and that was really up his street, to be honest,” said Guy, who landed a top prize of just over £7,000.

“He is very fast, and the only one I was worried about was Lily at the end, because I train her and that horse is very quick as well.

“Your horse had to be really balanced and a good jumper out there. There was no room for error, really. It was a good result for me and Lily.

“I am a Liverpool supporter as well, so it is great to be here and to enjoy the city. Nina Barbour (show director) does such a fantastic job with the shows at Liverpool and Bolesworth.

“We will aim for the ranking classes, and I have also got my Puissance horse here, so we will try and win as much as we can.”