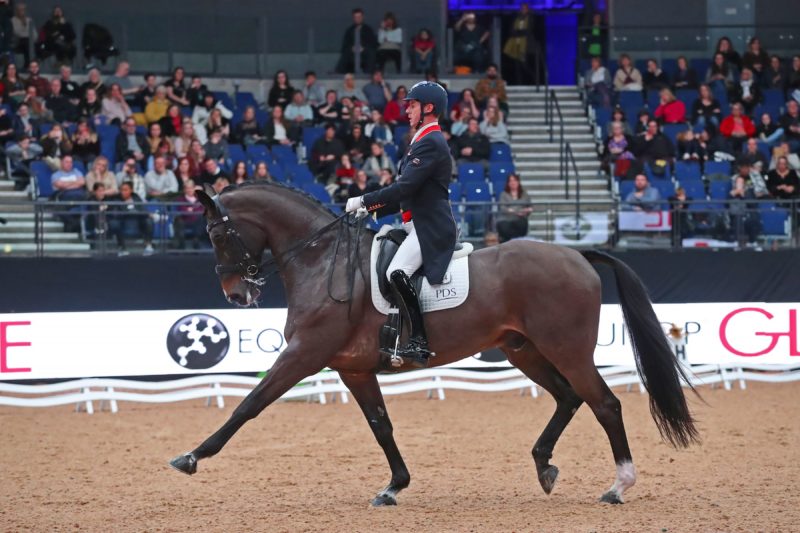 The penultimate starter in a 10-rider class, Carl showcased all his experience to draw a fine test from one of the sport’s most experienced campaigners.

The chasing pack was led in impressive fashion by Henriette Andersen, who took second spot with Flavio on 76.938%.

And Warwickshire-based Louise Bell finished third aboard Into the Blue on 76.250%, narrowly ahead of Jessica Dunn and Alicante Valley.