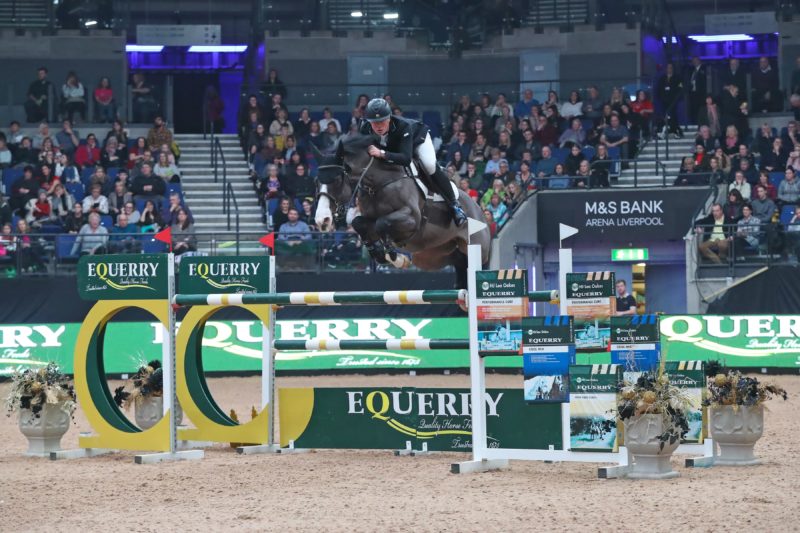 It was a stylish performance in a class that produced just three clear rounds from 18 starters.

Ultimately, it proved to be a showdown between James on Caloro Ex Z and Robert Murphy, riding Highgrove Violet.

Robert followed his first round clear with another immaculate display, clocking 43.25 seconds, but James clipped half a second off that time to claim a £2,000 winner’s purse.

Reflecting on his victory, James said: “It’s fantastic. We didn’t have the best of weeks in a show last week, but we came back and tried hard, and luckily it paid off.

“You have got to learn from your mistakes, and we’ve both done that and got a great result from it.

“It was a tough course. There were only three clears in the end, and luckily it played into my hands a little bit.

“I wasn’t last to go (in the jump-off), so I didn’t have loads of pressure, but I put enough pressure on the last to go to have a fence down, so it worked out perfectly for me.

“We’ve only been together for about four or five months. We’ve won a couple of classes, so we are slowly getting together, and hopefully next year we will have a good year.

“It’s fantastic to win here at Liverpool, and I can finish the year on a high now.”