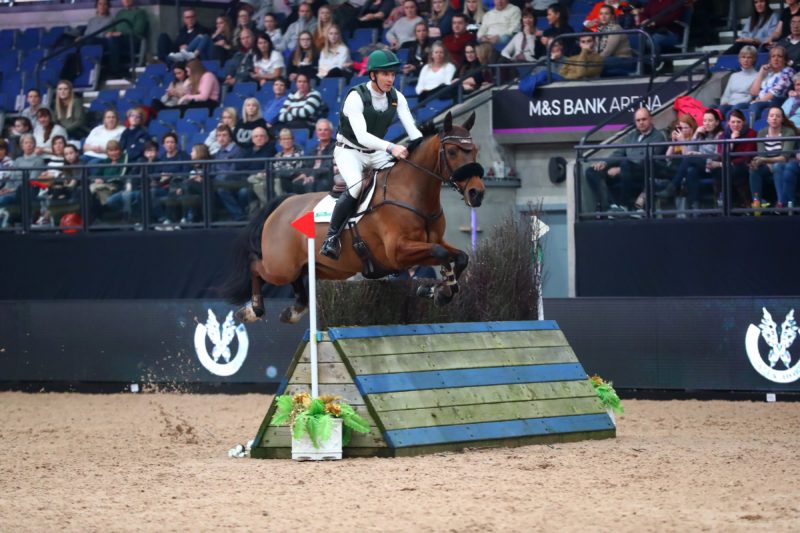 The class, sponsored by John Oates Horseboxes, tested rider and horse over a combination of showjumping fences and cross-country obstacles in a course designed by Captain Mark Phillips at M&S Bank Arena.

Three seconds were added for every fence down, and Padraig did just enough, pipping British challenger Paul Sims and Second City by just six hundredths of a second to the £2,500 top prize.

Riders had qualified for the final via qualifiers at the Bolesworth International and Bolesworth Young Horse Championship earlier this year, in addition to some wildcard entries.

“I knew it was going to be between the few riders that it turned out to be,” Padraig said.

“I have been chasing Cathal around Europe for the last few weeks, so I said no matter what happened here, I had to beat Cathal! That was my main objective.

“I think it’s an amazing concept. It is a brilliant night out for the owners, and it’s a chance to be in a really nice venue like this here in Liverpool.

“We don’t get that in eventing. We are in the fields in all the weathers – that’s the sport, and that’s great – but this brings a n new dimension.

“When you put showjumping fences into a cross-country course, there are always going to be questions. And everyone was tempted by the joker at the end.