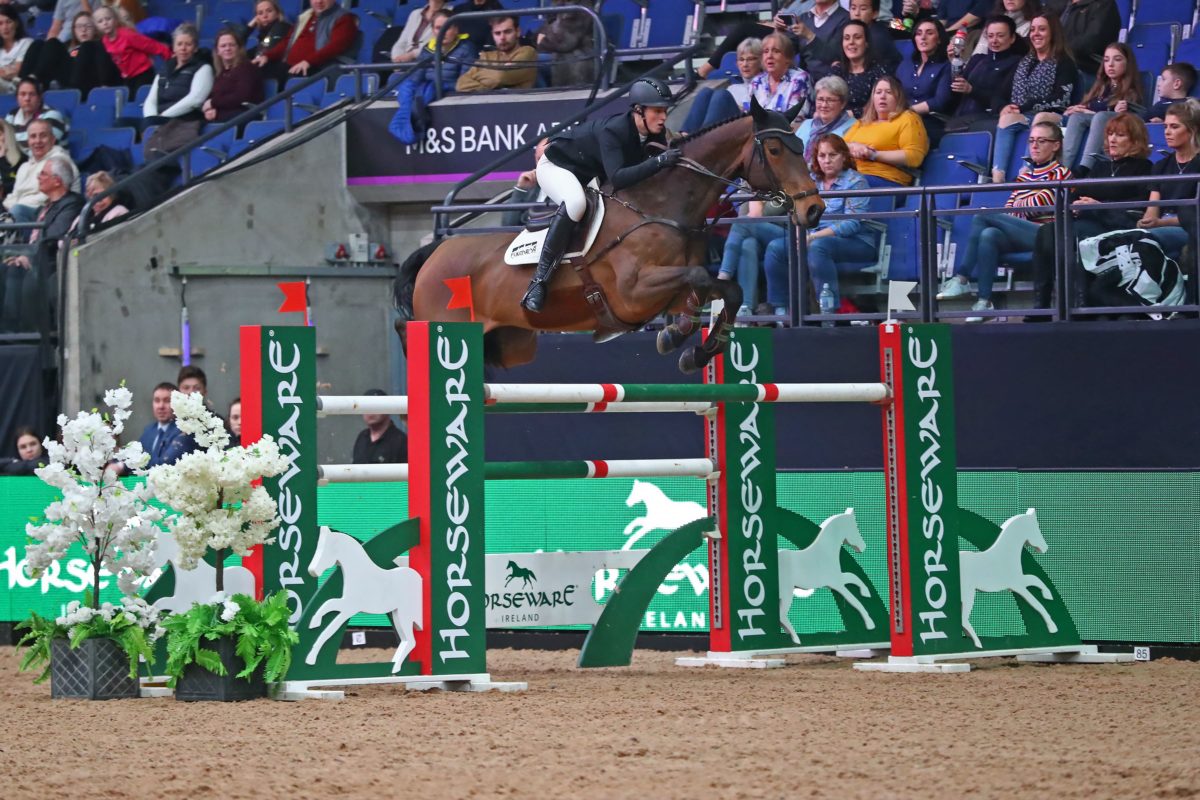 Leicestershire-based Holly, a major candidate to make the Great Britain team for next year’s Tokyo Olympics, won a scintillating jump-off in the Horseware Ireland 1.50m class.

Ten combinations made it through to a race against the clock from 31 first round starters, but Holly and 11-year-old gelding Denver – a former eventer – proved a class apart.

They clocked 29.66 seconds to land a top prize of £7,200, and provide further evidence of the horse’s rich potential.

Ireland’s Richard Howley finished second aboard Arlo de Blondel in 30.94 seconds, just one hundredth of a second in front of William Whitaker and Rmf Echo.

Hailing Denver’s display, Holly said: “He is an absolute freak of a horse – we absolutely love him to bits. He is so game and so athletic.

“I haven’t had him for long, but I don’t know what we would do without him. The sky’s the limit.

“I just hope that everything goes to plan and we both continue to enjoy our jumping, and apart from that, we won’t get too upset or excited.

“He really deserved this win and the recognition.”