Prince the Liverpool International Horse Show mascot is backing Liverpool to win in the Champions’ League Final against Real Madrid in Kiev this Saturday. 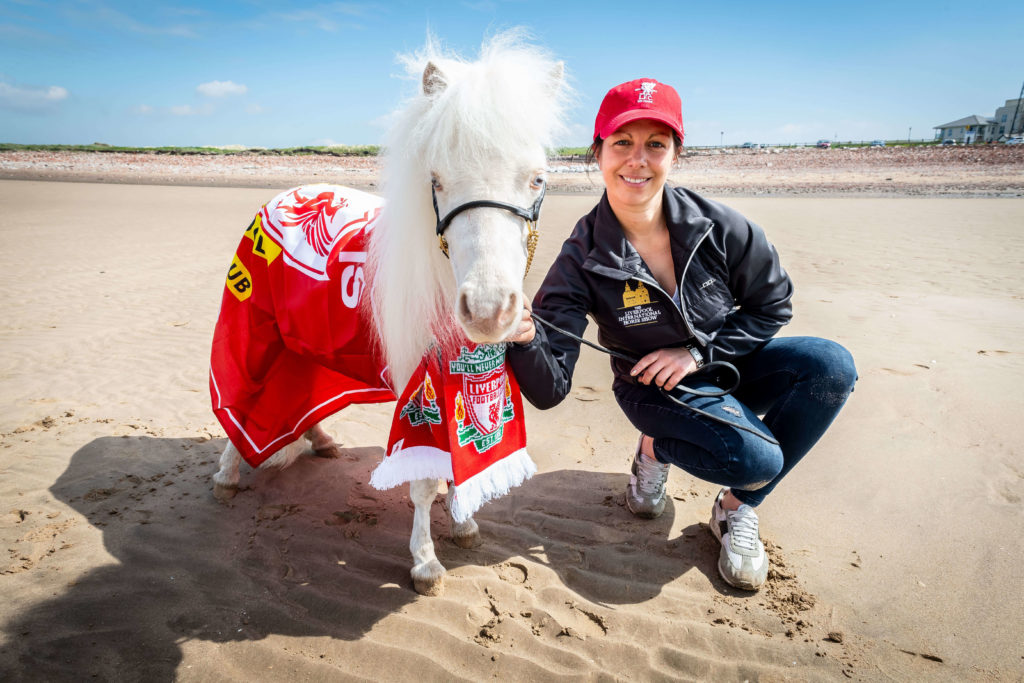 The cute 30-inch hight blue-eyed equine fan is a miniature Shetland pony and he says ‘neigh’ to a Spanish win! Prince will be watching the match and he’ll be hoping that Liverpool will gallop to victory.

If Liverpool wins in Kiev it’ll be like winning Olympic gold all over again. The whole LIHS team wish Jurgen Klopp and the team the best of luck in the Champions League Final. I’ve watched the team all my life and we all hope to see the greatest trophy in club football return to Merseyside with the best football team in the world.

Liverpool International Horse Show 2018 will be staged for the fourth year running at Echo Arena Liverpool on December 28, 29, 30 and 31 on the city’s historic waterfront.

Along with the top showjumping and dressage action, the Liverpool International Horse Show will have live music, its own ‘Grand National’ of Shetland ponies and a breathtaking display from the Arenacross Freestyle Motocross crew.

Liverpool International Horse Show will include its world-famous VIP hospitality packages and exclusive viewing boxes with fine dining and excellent views of all the action. And for equestrian fans looking to spend some of their Christmas gift money, there’ll be a huge shopping village, selling everything from jodhpurs to jewellery, stirrups to sparkling champagne.