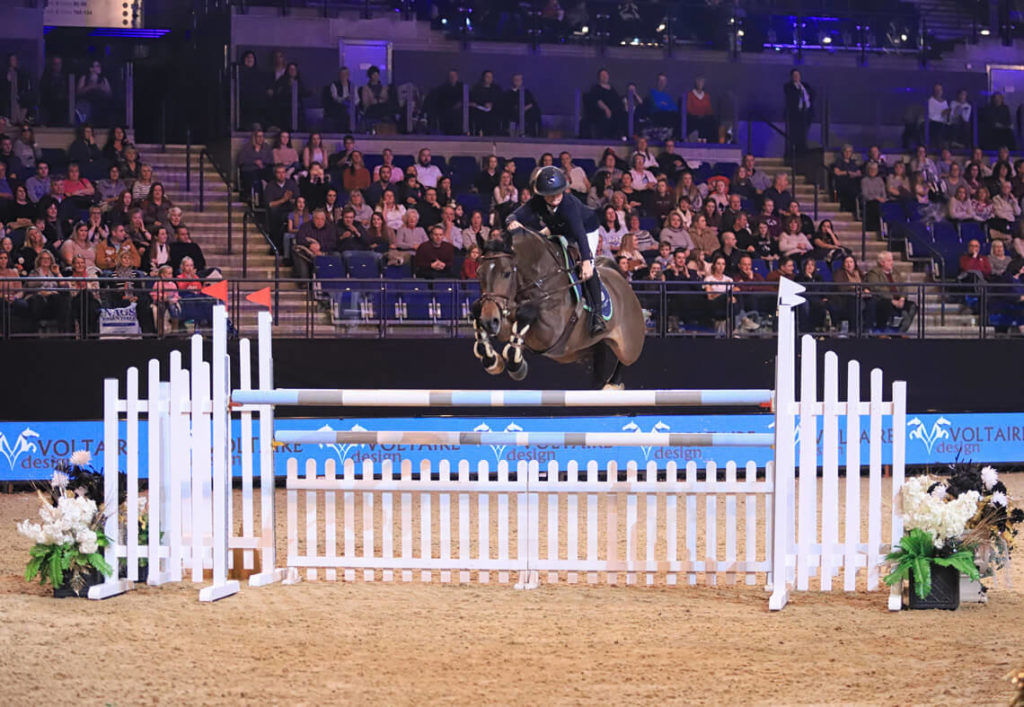 Sanne was in the lead after a fantastic round on Bacardi crossing the finish line in 50.91seconds when the class was stopped due to the fire in the nearby car park. As the fastest around at this stage in the competition and very near the end of the class, Sanne’s time has judged the winner with Irishman, Shane Breen taking second and William Funnell claiming third.

It was a remarkable and brave performance by Sanne,” said Nina. Sadly, we didn’t get to celebrate her performance after she rode with such skill and determination to win a very competitive world-ranking class a day after she suffered such a terrible loss. “It was truly outstanding, and she should be very proud of her victory.