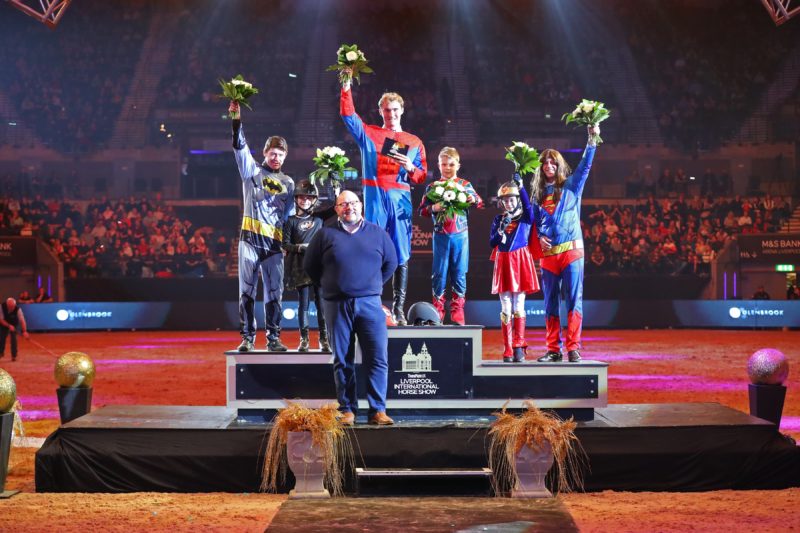 Just 24 hours after the Dorset youngster won the Shetland Pony Grand National at M&S Bank Arena, he was back for more.

This time he had a partner, teaming up with Will Fletcher to land the Glenbrook Property mini major pairs after a thrill-a-minute class that saw winners and runners-up separated by less than two seconds.

Alfie scorched around the track with his pony Euro Magic, and Will, riding Tiger Bright, followed suit, giving them a combined time of 50.11 seconds.

“My dream was to come here and win a rug, and now I’ve done that,” said a delighted Alfie.

And Will paid tribute to his partner, adding: “It was fantastic. It certainly happened very fast, and Alfie did an amazing job. The turns were amazing.

“It took me four years to win a rug here!! It’s fair to say Alfie has done very well.

“The turns were so tight for the pony riders. It was a really high standard, and we obviously had to go as quickly we we could, and it’s brilliant to win here and in front of such a great crowd.”