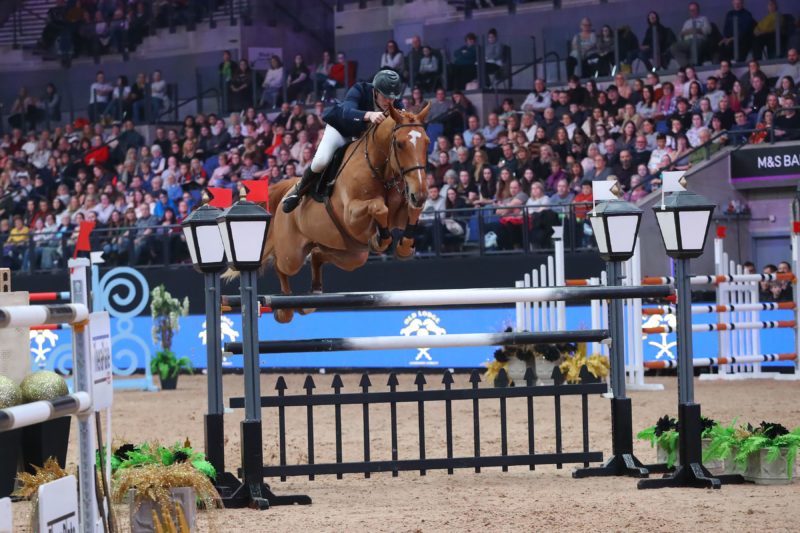 Ireland’s Daniel Coyle delivered a victory that probably surprised even himself at the TheraPlate UK Liverpool International Horse Show on Monday night.

Daniel had not ridden 11-year-old Donjo until this week, but it was never apparent as they convincingly took the Old Lodge Stud 1.50m jump-off class in front of a capacity crowd at the M&S Bank Arena.

Last to go in a 10-combination jump-off, they faced a daunting target of 33.11 seconds set by Britain’s William Whitaker and Rmf Echo.

But they made light work of it, crossing the finish line in 31.14 seconds to secure a £7,200 top prize, with Australian challenger Rowan Willis taking third aboard Cartouch III and Jack Whitaker finishing fourth on Scenletha.

Reflecting on his win, Daniel said: “I was lucky enough to be last to go. Everybody was trying to go really fast, and I was in the lucky position that I was able to wait until the end, so I knew what I had to do.

“I don’t really know the horse. I rode him here for the first time, and he has been brilliant all week. I am very happy with him.

“I ride for some Canadian people, and they had the horse with a different rider and the partnership wasn’t going well.

“I said I was coming over here for Christmas. I said I could jump the horse here, and it was decided to give it a go.

“It fell into place more than it was thought of, so that’s how I ended up riding the horse.

“From what I can tell this week, he has been very grumpy in the stable, which is very strange, because out of the stable he is like a gentle giant. And I think that’s a little bit of his character when you are riding him as well.”