Luxembourg rider Charlotte Bettendorf beat the best of British and Irish to claim an outstanding victory at the TheraPlateUK Liverpool International Horse Show on Sunday night.

Seven combinations made it through to a thrilling race against the clock, including the likes of British trio Holly Smith, Harry Charles and Louise Saywell, plus two of Ireland’s finest in Billy Twomey and Shane Breen. 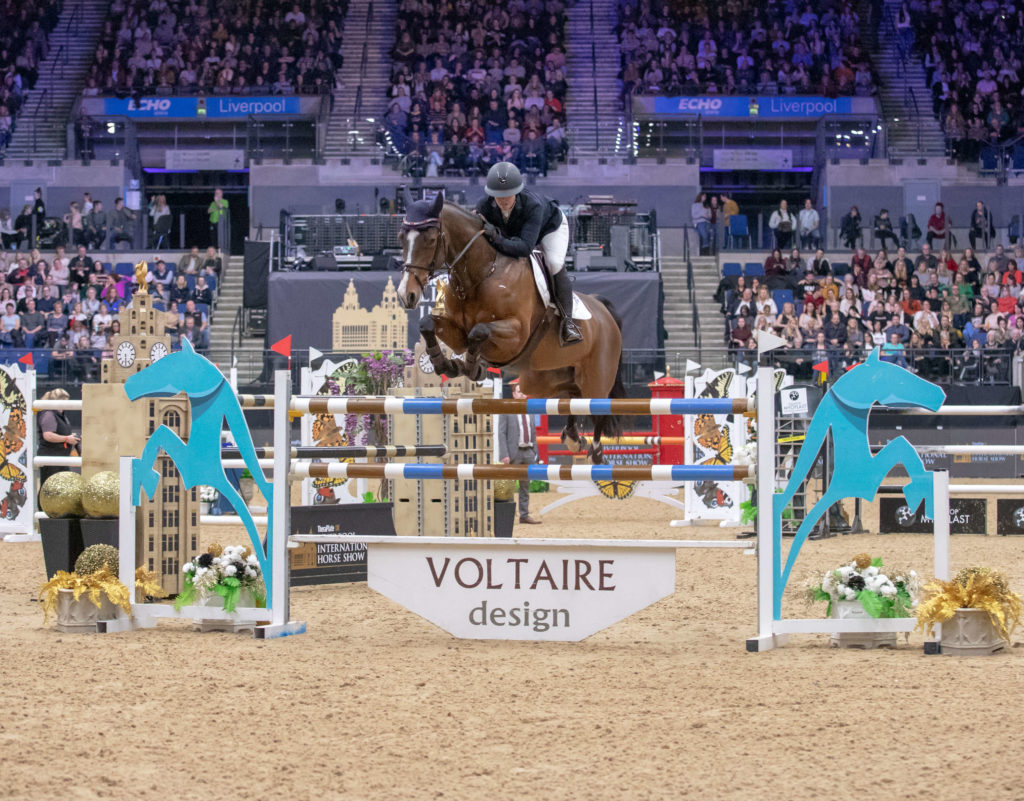 Holly, who represented Great Britain at the World Equestrian Games in America earlier this year, then clipped more than half a second off Billy’s time aboard Claddagh Iroko, which piled the pressure on Charlotte.

But she kept her nerve in superb fashion, guiding nine-year-old mare Hope Street to glory in 31.37 seconds.

“It was a great win for me,” said 29-year-old Charlotte, who is ranked 163rd in the world. “I was here at Liverpool last year, and the crowd is amazing, supporting you all the way through.

“I had one down in a jump-off on Saturday, and I thought maybe I would have luck on my side today.

“There were some really quick rounds, so I just tried to do my best. They were all fast riders in the jump-off, so there was only one option – to go fast!

“That is the second four-star class I have won, and I am slowly working my way up the world rankings.

“I have had the horse for just over two months, and she recently won a two-star grand prix in Prague. I think the future for her is really nice.

“It is so nice when you ride here, and everyone is in the arena supporting the riders like they do. It’s great.”