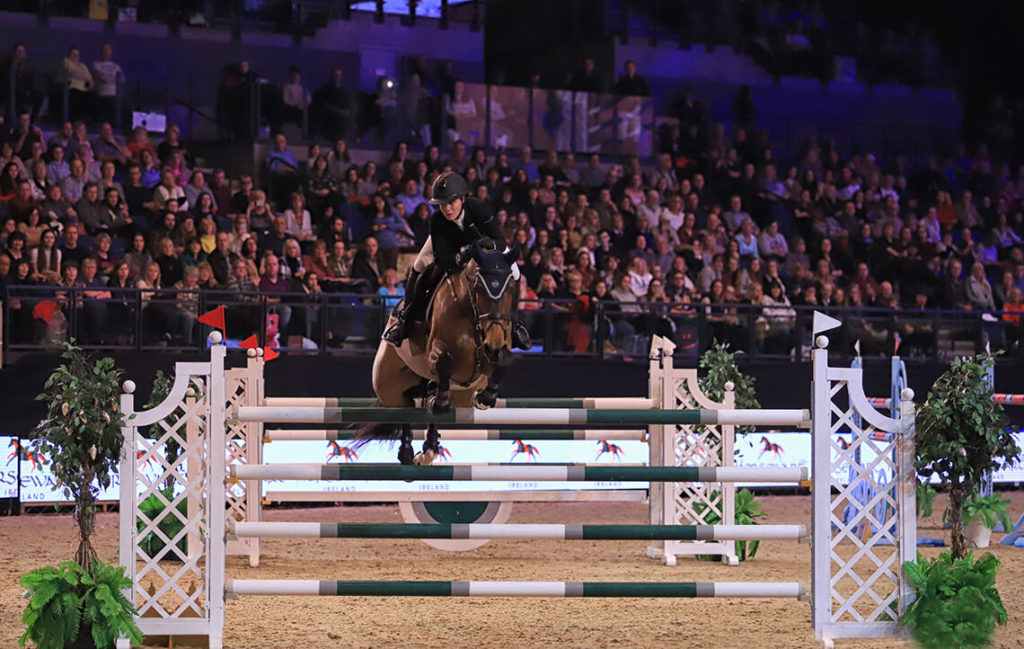 Amanda, who is based in America, underlined an impressive run of form this year by winning the 1.50m jump-off class, sponsored by Horseware Ireland.

Eleven combinations went through to the jump-off, and it was Amanda who triumphed on Luibanta BH in a time of 33.30 seconds.

That proved enough to edge out the challenge of Irish star Shane Breen, a winner earlier on Saturday at the Echo Arena, who finished 49 hundredths of a second behind with Ipswich van de Wolfsakker, while another Irishman – Conor Swail – took third aboard Domino van de Valhoeve, and Britain’s Robert Whitaker fourth on Catwalk IV.

“She is a super horse,” Amanda said. “I have three mares, and they all seem to go well.

“It is so special to do this and win here. It is the first time I have jumped in England since I moved to America, and it was great that a lot of my family and friends came to watch.

“The horse has done everything and more that we could have hoped for. She has been my best horse this year. She did two indoor shows in October, and then had a bit of a rest before I came over here.

“She never gets flustered. She is easy-going. Anything you ask her to do, she just seems to go ahead and do.”