WITH the festive season in full swing and the New Year countdown well and truly on this year’s Theraplate UK Liverpool International Horse Show gives you and all the family the chance to ‘Experience Spectacular!’

The four evening and two afternoon performances at the M&S Bank Arena on the city’s historic waterfront are set to bring spectators another equestrian extravaganza building up to a New Year’s Eve party like no other.

Plan your visit to Liverpool now for an unforgettable experience with the organisers launching a brand new selection of premium bars overlooking the International Collecting ring, with a new improved range of restaurants and food outlets onsite.

With a host of world class dressage, showjumping and equestrian sport, fresh family entertainment and music that will have you rocking in the aisles – make sure to book your seat December 28th to 31st. 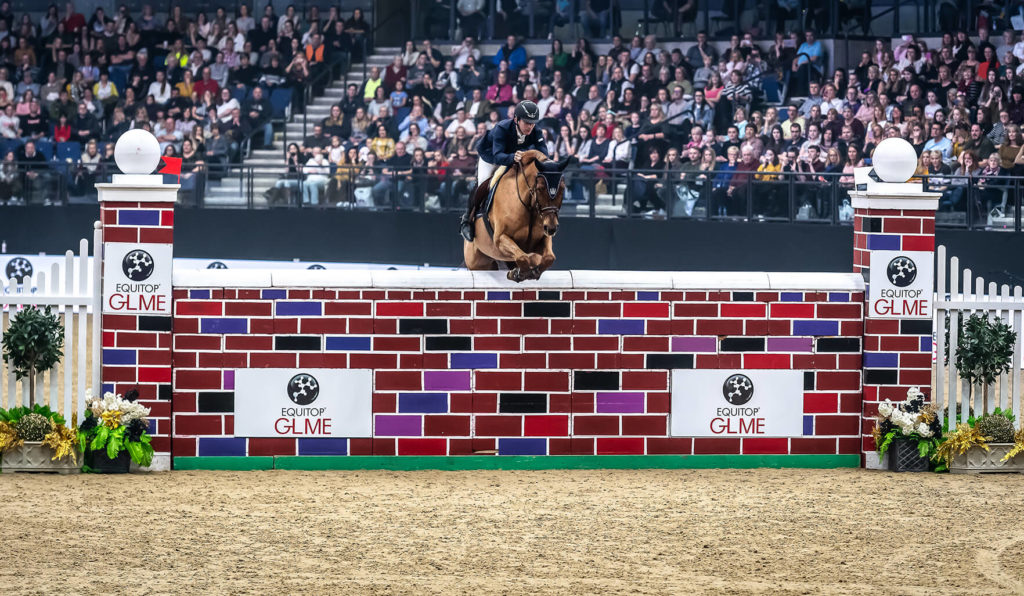 Witness some of the finest horses and riders in the World, battling over huge fences, for their share of the 200,000 Euro prize fund including the exciting final leg of the Eventing Grand Prix.

This new highlight of the show takes place on the evening of Sunday 29th December – stars already confirmed to compete include Gemma Tattersall, Oliver Townend and Emily King.  The course will be designed by Captain Mark Phillips and is set to be a fast and furious night of action.

Also new for this year is a series of ‘Audience With’ sessions in the bespoke theatre at the centre of the venue.  Visit the website to see the line-up of equestrian celebrities which includes Mary King, Oliver Townend, Wockey Woy, ThisEsme, and Geoff Billington to name a few.  For an extra touch of glamour why not book into one of the show’s evening champagne receptions to rub shoulders with the stars, and enjoy a few glasses of fizz pre show in the exclusive riverside lounge.

New for 2019 is a high tech, high-energy live action show which will keep you on the edge of your seats.  Each intensely choreographed performance will include world-class trial bike riding and LED dance routines in an intoxicating mix of lights, lasers and theatrical performances.  Not to be missed!

Performing throughout will be ‘The Kings’ featuring Mitchel Emms who found fame on The Voice and who will also showcase a special set alongside the New Year’s Eve celebrations.

The children’s favourite, the fast and furious Shetland Pony Grand National is back, plus amazing opportunities to get up close and personal at new meet and greet sessions!

Last year saw International superstar Shane Breen taking victory in the TheraPlate UK Grand Prix, and this will again be the highlight to kick off the New Year’s Eve performance.

You will be treated to truly World Class Showjumping, followed by special performances by all of the spectacular acts, the Battles of the Sexes Knockout and the ultimate New Year’s celebration as the clock strikes 12.

With a huge range of options from great value family tickets to exclusive VIP Hospitality available to all – it’s the ultimate way to see in the New Year with the whole family.